The Quality of Streaming: Great read for those who listen to music. 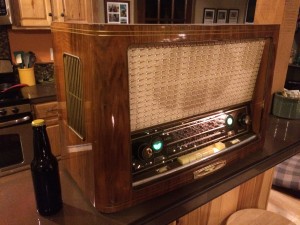 Back in July, Neil Young announced he was pulling his music from streaming services not for financial reasons, but because he didn’t feel the quality was up to snuff.

“It’s not because of the money, although my share (like all the other artists) was dramatically reduced by bad deals made without my consent,” Young wrote in a post on Facebook at the time. “It’s about sound quality. I don’t need my music to be devalued by the worst quality in the history of broadcasting or any other form of distribution. I don’t feel right allowing this to be sold to my fans. It’s bad for my music.“

As a recent convert to streaming, wowed by the ease of use and the depth of musical choices the services provided, I initially dismissed the “Old Man” singer’s complaints as nothing more than the rock ‘n’ roll version of Clint Eastwood’s character in Gran Torino, basically telling the streaming services and the consumers who embraced them to “get of my lawn.”

Related: Neil Young’s Pono Player: The Emperor Has No Clothes

It’s worth noting, too, that Young has his own dog in this fight. In early 2015, he introduced Pono, his own “high-resolution” portable digital player and download service. It’s not a streaming service, but at least theoretically, Pono is fighting it up for some of the same consumer dollars and listeners.

Shortly after Young’s announcement, I saw an alarming post on Facebook by former Gang of Four drummer Hugo Burnham, who also had stints as an A&R executive at Imago, Qwest, and EMI Music in the ’90s. “Good God…does ANYBODY know how to EQ [a Mac]? I know it’s just a laptop, but my speakers are powered and good – yet Led Zeppelin III sounds like it’s fkn underwater. I’m almost ready to buy the re-mastered vinyl. Which I just cannot afford.”

I caught up with Burnham, and it turns out he was listening to Led Zeppelin via Spotify. After some helpful suggestions from his Facebook friends, he was able to adjust the EQ on his Mac for better sound. “I like so much about streaming, though… don’t get me wrong,” he added later. “But I also like the sound of the Led Zeppelin vinyl… as much for what it evokes in my memory, which is more than just soun

While Burnham was OK with the sound of Spotify after making some adjustments, we thought we’d consult some other industry experts to ask them for their take on streaming.

Wagner broke down the various levels of streaming quality for us in terms of data rate. The most widely used variety he termed “lossy streaming,” and there are three variations. First, there’s 128 kbs, used in the first MP3s. Wagner calls it “very 1999,” adding: “Not acceptable for high-fidelity listening. Yes, you are hearing something that approximates real music, but it is 90 percent data-reduced and severely limited in high-frequency content.”

The next level is 256 kbs, offered by Apple Music, iTunes Match, Amazon Music, and Pandora Premium. Wagner notes that it’s only “half as bad as [128 kbs], but still limited in high-quality reproduction. It is disheartening that Apple Music and iTunes are not yet offering improvements beyond 256 kbs,” he adds. “This will all change in time.”

For better quality, there is 320 kbs, offered by Spotify Premium, which Wagner notes is “a further improvement” but still has “77 percent data reduced,” adding, “Sounds good, certainly compared to the above. Very listenable until you hear this.”

The “this,” in this instance, is “lossless streaming,” featured on the high-resolution version of Tidal and Deezer. “This is the same data rate as the CD, so a dramatic improvement in sound quality as you are getting the same amount of data streamed as the CD,” says Wagner. “The dimensionality comes back to the listener that the producer, engineer, and artist envisioned and heard while recording. The difference is shocking. It’s like looking at an original-colored embossed stock certificate vs. a fax of a black-and-white copy.”

Of course, you usually have to pay more the better quality the streams. Apple Music, Spotify, and Tidal all charge $9.99 for monthly subscriptions. (Apple offers a better deal if you want to add on several family members.) Tidal HiFi and Deezer Elite are $19.99 per month, although the latter offers a discount if you sign up for a whole year.

As for his personal preference, Wagner says, “Tidal is my go-to these days. It streams in all locations effortlessly, even in the car. LTE signals handle it with near-instantaneous playback. It is glorious by comparison. Engulfing, enriching, all of that. I spent all of Memorial Day Weekend ‘auditioning’ Tidal compared to Spotify Premium, and you can tell the difference in all of the 10 different hardware configurations I auditioned. Everything from earbuds to Beats cans, computer/tower/car speakers, Apple TV, iPhone, iPad. It all sounded better than the lossy Spotify format.”

Then of course, there’s the future. “Tidal have indicated that they will provide hi-res streaming in time,” Wagner says. That’s what Neil Young is pushing for with Pono as well as the service known as HD Tracks, but they’re not offering streaming just yet. “I agree with Neil that MP3 quality [streaming] sucks and it can be better,” Wagner says. “The listener can tell the difference with improved data rates.”

As for Cherney, he uses Spotify and Pandora and listens with earbuds when he’s riding his bike or walking the dog. “I was an early adapter and find them easy to use and the interface intuitive,” he says.

As for the sound quality, “Some is not good enough, and some sounds pretty darn good. For the most part, though, I have been less than thrilled with the sound of music since the introduction of 44.1/16 bit CDs,” Cherney says. “Keep in mind that I spend the majority of my time in the studio working at a minimum of 48 khz sampling; usually 96 khz sampling through great speakers in a great listening environment.  So when I get the manufactured product I’ve been working on, it typically pales in comparison to how we were hearing it in the studio.”

However, Cherney won’t alter the sound of the music he’s working on in the studio to conform to streaming’s inferior sound quality. “I still try to make the best-sounding and -feeling music I can, and I refuse to dumb it down to serve an inferior format,” he says. “If I can get it sounding great in the studio, it usually sounds pretty good whatever and wherever it’s played. I feel that I am hopefully making music that will be around forever, and I just don’t ever want it to sound dated because I dumbed it down just to conform to today’s inferior standards.”

He adds: “My peers and myself work really hard in the studio to bring the highest quality and the most emotion possible to the music and the artists we work with. If the listener had the opportunity to experience what we hear in the studio, they would never be able to go back and listen through crappy earbuds and compressed audio. There is so much feeling and joy experiencing music in glorious full resolution. I think it’s a matter of educating the public, and once they hear it like we experience it in the studio, folks will never settle for less.”